Training Techniques – How Can I Step Up My Routine? 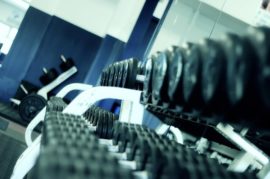 Training Techniques – How Can I Step Up My Routine?

The High Intensity Training (HIT) method of strength training is science and research based, so it’s no wonder that we have developed several training techniques with the HIT method in order to maximize the effectiveness of their workouts. As we discussed last week in our post about resistance training methods, there is no magic bullet here–what’s effective for one person may not get the same results for another, and the research shows that you likely get similar health benefits for using different resistance training techniques. However, it might still be a good idea to try different advanced training techniques to bring some more structure and focus to your work out and to increase its effectiveness.

Why? Because you eventually need to offer your body more challenge in order to keep getting stronger and experiencing more health benefits. According to the paper Advanced resistance training strategies for increasing muscle hypertrophy and maximal strength, “During the early stages of strength development, providing an athlete with a novel stimulus is a simple task because the athlete has a low level of development and is likely to have had very little exposure to resistance training. However, as the athlete progresses in their physical development, more advanced strategies may need to be employed in order to create further adaptations. In order to accomplish this, training variation should be employed strategically so as to attain a higher capacity in developing force.” [accessed Dec 18 2018].

Keep an eye out in the coming weeks for more posts going into detail on each technique. Here’s an overview of some advanced training techniques:

This advanced training technique involves following up a single-joint exercise with a compound exercise. Recruiting other muscles after you’ve worked the first muscle to failure helps you get more work out of the targeted muscle than would otherwise be possible.

Stop and Go (or Rest Pause)

To perform Stop and Go training, you perform a regular set of reps to fatigue as normal, and then you follow up with a brief 10 second rest. After the rest, you perform more near maximal reps punctuated by 10 second rests. The rest may allow you to perform a few more productive repetitions than you normally would be able to.

The principle behind isometric training is that you contract against resistance that cannot be overcome or moved, such as a wall or the ground. The idea is to maintain resistance without moving.

Not to be confused with Isometric training, the Isometronic advanced training technique involves a series of contractions performed in short range movements, rather than against a stationary object.

This technique requires the assistance of a trainer or workout partner. The trainer applies resistance to the limb being targeted in such a way that each rep requires maximum effort, using more force on a contraction and slightly less on an extension.

Because you are mechanically 40% stronger on a negative contraction than a positive, you can maximize your fatigue by having a trainer lift the resistance and slowly lowering the weight yourself.

It is typical to perform resistance exercise at a rate of 2 seconds to lift, and 4 seconds to lower the weight. By performing both contractions at slower speeds and over equal amounts of time, you can increase your potential fatigue.

Breakdowns involve using your regular training weight until you reach fatigue, and then lowering the resistance 20-30% to get a few more reps in.

This is another way to squeeze a few more reps out of your routine where the trainer assists on the lifting contraction for several reps after you’ve reached fatigue.

As the name implies, fatigue is reached by performing only the negative contraction of a rep, such as lowering oneself slowly from a pushup or chin up.

This advanced training technique requires you to lift with two limbs and lower with only one. It’s essentially a way to perform negative contraction reps on your own without the help of a partner.

Rather than performing each rep to its full range of motion, it may be desirable to instead work with heavier loads and a shorter range of motion if you are working around an injury.

While you push against an immovable object to perform isometric training, static hold requires that you lift a normal training resistance and hold it in a position with good leverage.

By performing high reps in a relatively short amount of time, you may be able to develop a little more muscular endurance.

“Akinetic” means no movement, so the aim here is to extend one arm while flexing the other to maintain the weight stack at a predetermined position without moving it.

This technique involves using one side of your body to work against the other side with a controlled rather than explosive movement that allows you to take advantage of both positive and negative contractions.

Stay tuned for more in-depth examinations of each of these training techniques, and the possible benefits of incorporating them into your routine. To discuss any of these techniques, contact a trainer at Vertex Fitness.

One thought on “Training Techniques – How Can I Step Up My Routine?”