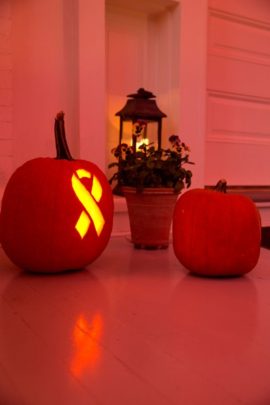 October is the month that we set aside to raise awareness about breast cancer, and think about what we can do to make life better for women and survivors of this devastating disease. We got a unique opportunity to do just that one October almost seven years ago now, when we teamed up with Lankenau Hospital to perform a research study on how exercise could help control pain symptoms for women living in remission from breast cancer.

To perform our Breast Cancer Study With Lankenau Hospital, we got the opportunity to work with Grace Cannon.  Cannon was one of 14 women who worked with us and a team of doctors to study exercise as a possible treatment option for aromatase inhibitor-induced arthralgia, which was written up in Main Line Today Magazine. Cannon had been a breast cancer survivor in remission for 15 years, and had been dealing with a host of symptoms that can arise as a result. Many postmenopausal women take aromatase inhibitors to help them stay in remission after breast cancer, which can cause them to experience joint pain throughout the whole body.

Dr. Paul Gilman, medical director of the Lankenau Cancer Center and Vertex Fitness client, spearheaded the study alongside Dr. Jessica Katz. Gilman estimates that up to 40 percent of women experience some type of arthralgia, or joint pain, as a side effect of the aromatase inhibitors. Therefore, finding an alternative treatment to medication for this pain could potentially have a big impact on the quality of life for a lot of breast cancer survivors.

Dr. Jessica Katz, a fellow at Lankenau during the study, said that “It seemed sad that a lot of these women have to be on the medication and have a poor quality of life. Exercise looked like a great way to make their remission more tolerable. Also, it’s been shown in other studies that women who don’t gain weight—or have a low-fat diet—after having breast cancer have a better chance of survival.”

The partnership first took root in July of 2007 while I was on my way to IDEA World Fitness Convention, a fitness conference held in San Diego. I happened to sit next to a research oncologist from Drexel University, and we started talking about how the work we do at Vertex Fitness could relate to the type of research that he was doing.

One of the first things I did when I got home from the IDEA convention was reach out to Vertex Fitness client Dr Paul Gilman.  Dr. Gilman had seen first hand what a strength training program could do for recurring joint pain. He had come to us with lower back and hip joint pain, and saw his symptoms subside through the weeks and months of training with us.

We sat down and discussed the idea of working together to produce a study that could help his patients. Many of his patients who were in remission from breast cancer were dealing with joint pain caused by the drugs they were being prescribed. This side effect was causing many patients to elect to go off the drug, which was hurting their rates of remission. If we could help alleviate their join pain, we could help encourage women to stay on the drugs longer, which would help them stay in reemission longer and result in a better quality in their life.

By September of 2007, Dr. Gilman and I had begun to formulate the parameters of the pilot study, and by 2009, the participants were ready to go. Two to three times a week for two months, we worked with Cannon to give her the full Vertex Fitness treatment. We gave her and the other women the same workouts that we gave our other clients, giving them the same benefits of a typical strength training routine.  After a five-minute warm-up, each participant completed a circuit of strength-training exercises that worked the muscles surrounding the hips, torso, legs, arms and back, followed by a 20-minute cardiovascular workout.

“When I’d leave there, I had more energy and no pain,” Cannon says. “I was sleeping better, and everything else just started to feel better. I did it in the morning, and I found that I had a lot of energy for the whole day.”

October 3, 2017By Dwayne WimmerBlog Exercising with Health ChallengesLeave a comment

Can You Get the Same Results without a Personal Trainer?Expertise Matters: Continued HIT Education