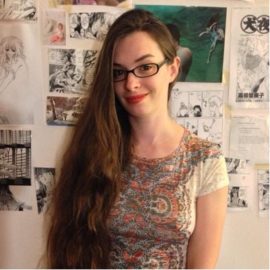 I’m trying to think of something that makes me enjoy eating food less than calorie counting everything that I eat, and all I’m coming up with is food poisoning.

The first time I tried calorie counting, it was after my doctor put me on a new medication that “may make you gain ten or so pounds”. It turns out, “ten pounds” actually meant “twenty pounds” in one month. For the first time in my life, I was super not thrilled with my body. There were bulges and rolls that never existed before, I was dealing with chafing in unexpected areas, and the whole thing felt like my body had just been hijacked out from under me. I tried wallowing in self-pity for a while, but that failed to take any of the weight off. Option 2 was calorie counting.

I knew I wanted absolutely nothing to do with any diet plan, strict eating rules, quackery or other weirdness that people tell you to do when you want to drop a few pounds. Under no circumstances was I prepared to go vegan, paleo, gluten free, ketogenic, or any other extreme plan that would require me to throw out all my food and start over with a list of restrictions the length of my arm. I know myself too well for that. My discipline and personal will power can be measured in hours, not days, and would by no means be carrying me through a brand new eating plan.

The simplest and most sane solution, then, appeared to be calorie counting. I could eat more or less what I wanted but I would have to cut way down on calorie dense foods, like frosting out of the jar, in order to not starve. (I don’t know if you get to be the sort of person who eats frosting out of the jar and also help write a fitness blog, but here we are.)

How Much is a Gram, Again?

It actually wasn’t that bad…for the first several hours. After a week, I was miserable and couldn’t think about anything other than food. I felt like I was on my calorie counting app every other minute. The app I chose, My Fitness Pal, actually had a decent interface and wasn’t too difficult to use, but many of the foods available to choose from are user-submitted with wildly differing calorie counts. One entry would tell me that a grilled cheese sandwich was 300 calories, another said 350. And how many slices of cheese did you use? And would you say that was an entire tablespoon of butter? And what the hell even is a gram?

I was lost in the weeds almost as soon as I started. I was convinced that if I under estimated any of my calorie counts, I wouldn’t lose any weight and would be so frustrated that I’d give up. The thought of over-estimating the calories and getting to eat even less food was unspeakable. So I weighed and measured and estimated and just generally hated my life. Eventually, (meaning like after two weeks,) it was too much and I did give up.

That is, until I realized why the counting was making me so miserable.

I logged back on after two months away from it, and the first thing I did was up my daily allotment by about 150 calories. When I was counting, I was missing my goal by this amount almost every single day, and the feeling of constant failure eroded my will to continue. I would reach my goals a little slower, but now I wasn’t starving and thinking about food all day long, and that little number was logging green instead of red way more often.

The second thing I did was to chill way out with the calorie estimations. If they had a generic entry for “grilled cheese sandwich”, I would log it, and not worry about whether it was accurate down to the gram or try to put in individual ingredient estimations. It was more important that I was mindful about the fact that I was eating one grilled cheese with a side soup and not three sandwiches and a cupcake.

Suddenly, with the newly relaxed attitude, my eating actually got better. My progress feels glacially slow sometimes, but my health is worth it.

“Calorie Counting is the Worst if You Try to Be a Control Freak”, was written for Vertex Fitness Personal Training Studio by Nicole Hallberg