Vertex Fitness | Should Calorie Counts Be Present on All Menus? - Vertex Fitness
InstagramLinkedinYouTubeGoogle+TwitterFacebook

Should Calorie Counts Be Present on All Menus? 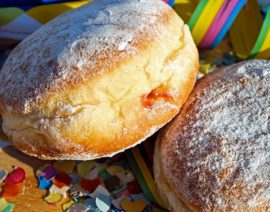 Should Calorie Counts Be Present on All Menus?

We’ve talked before about calories and their relationship with your body, but we’ve never discussed the effect that calorie counts have on your decision making ability. When you eat out in the Big Apple, the menu clearly states the calorie counts for each dish. So if you’re at Burger King and you’re craving a Triple Whopper with Cheese, you’ll know that you’re consuming 1250 calories. Or if you are a fan of the fried macaroni and cheese at The Cheesecake Factory, you’ll know that if you clear the plate you’ll have eaten 1570 calories. (And even though it doesn’t say it on the menu, this dish has a colossal 69 grams of saturated fat, which is more than you should eat in 3 1/2 days).

Public-health advocates and the Senate are trying to pass nationwide laws that all chain restaurants put the calorie counts on the menu. Currently only New York City, West Chester County, NY and King County, WA, have mandatory calorie counts on menus. A recent study confirmed that 82% of New Yorkers said the new in-your-face nutrition data have affected their ordering.

When can mandatory calorie counts on menus be implemented on the Main Line? I know that I would definitely think twice about ordering some of the (ahem) not-so-healthy stuff I order if I knew how many calories came along with it. Would chomping down the Quesadilla Burger at Applebee’s at 1440 calories really be worth being on the treadmill for hours working it off? I don’t think so. Sometimes I have to be shamed into making the right decision, and staring back at calorie counts on my menu definitely would make me think twice before placing my order.

Knowledge is power, and displaying calorie counts on menus is, I think, an important step towards raising the public awareness around our health decisions and empowering Americans to make better choices for ourselves. I hope that this measure comes to the Main Line soon.