Can a Fitness Tracker Help You Lose Weight? 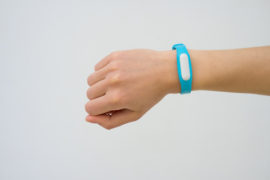 Can a Fitness Tracker Help You Lose Weight?

A fitness tracker (Wearable) will help monitor and track the user’s every movement, whether it’s when you are working out, sleeping or just going about your day.

Wearing an activity tracker on your wrist each day might help motivate you to reach your steps goal, drink more water or get a better night’s sleep. The idea is that those who wear these devices can track every aspect of their health and wellness to then analyze the data to reach their goals.

However, according to a new study conducted at University of Pittsburgh, wearing that fitness tracker may not really help users lose weight.

Published in the Journal of the American Medical Association, the researchers found that despite the fact that both groups did have improvements when it came to their diet and level of physical activity, the group that wore the fitness trackers lost 7.7 pounds on average, whereas the group without them lost 13 pounds.

One of the reasons why the activity tracker didn’t help the participants lose more weight could be that the wearable does help users keep active throughout the day. However, with the amount of exercise the user does, they might feel like they earned themselves a bigger meal.

However, the researchers found that, despite having the activity monitors, this group actually worked out less than those without wearables. Another reason for why the fitness tracker group didn’t lose as much weight could be related to the fact that wearables aren’t really a long-term weight loss aid. The devices might motivate people when they first get them, but the excitement and commitment to the new toy may fizzle over time.

It’s also possible that people tend to give up on exercising when they realize they are not going to reach that daily goal — something a fitness tracker makes sure we are aware about.

Instead of motivating users to do more exercise over the day, the two-year survey found the devices were actually less effective at encouraging people to lose weight than simply following a diet and exercise plan.

Scientists suspect that people become overly dependent on the gadgets to help them change their health, developing a false sense of security – and would do better by relying on simple willpower.

So are fitness trackers bogus?

In the study, the authors conclude: Devices that monitor and provide feedback on physical activity may not offer an advantage over standard behavioral weight loss approaches.

So does this mean that wearables are useless?

Not necessarily. For one thing, people using wearable devices did lose weight, even if they didn’t lose as much as the people on the standard program. They also showed improvements in the other measures like body fat that researchers looked at.

It’s also possible that using another fitness tracker or using it in a different way would have been more effective. Participants for this study enrolled between 2010 and 2012, with data collection finishing by 2014. The specific tracking system they used has been discontinued, and it’s possible another system might work better. The researchers also note that that perhaps it could have been more effective if the participants who used the tracker had used it from the beginning of the study.

However this study does cast doubt on the idea that devices like this are necessarily better than a traditional weight loss regimen of any kind.

Just like for most things diet and fitness, the solution is probably not a product or a pill. In some cases those things might help, but none of them is magically effective in isolation.

In my opinion, that’s because it really isn’t teaching anyone how to actually make lifelong changes. Percentages and total numbers don’t mean anything unless you know what to do with them. Before you can even start to monitor your intake, you need to learn how to put a healthy meal together. In retrospect, more people need to step back from technology and start with the basics, such as learning portion sizes, how to interpret nutrition labels, simple cooking skills, and how to maneuver through a menu successfully while dining out, to name a few.

Are You Getting The Most Value From Your Training?Understanding Your Why