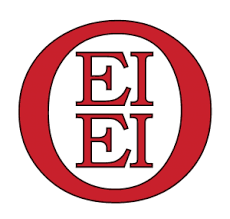 A large part of the Vertex mission is to get people to execute perfect repetitions. In a perfect repetition not only is the form correct, but also the speed is correct. It’s usually not too difficult to get the speed right (SLOW DOWN!!), but sometimes it can be a challenge to make sure that the limbs are positioned in the best way to target the involved muscles and that they stay that way.

The most important part of any repetition is the “turnaround”. The turnaround occurs twice in a given repetition: once as the weight is lifted and again when the weight is lowered (basically when you change the direction of the weights).

I was thinking of a way to help our clients better understand the turnaround and what we are looking for. I was at a loss until I remembered that everything I ever needed to know I learned in kindergarten. Among the many things I learned (way back then) was the alphabet (go ahead a sing the ABC song). More specifically, I learned the vowels (A-E-I-O-U (& sometimes Y)).

What we sometimes see, however, is not at all an “O”. We see movements that start too fast (this is called firing out of the stretch) or movements that the weight is just dropped (this is called dropping the weight). Alphabetically speaking, it is reminiscent of a lowercase “e”. The abrupt part of the movement (starting too fast or dropping the weight) is represented by the slash across the letter; the round part of the “e” is the smooth, controlled motion of the repetition.

To sum up, strive to perform each and every repetition with perfect form. This includes lifting in a slow and controlled manner with a smooth turnaround at each end of the stroke. Go for the “O”

Do you know your WHY ?Work Week Meal Planning Made Easy