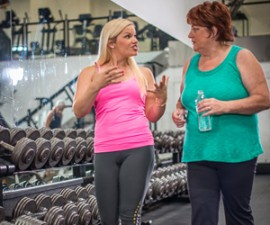 Many people with asthma believe exercise is not an option for them, that it will do more harm than good. The truth is that most asthmatics would likely benefit from some form of regular physical activity.

The ABCs of Asthma

Twelve percent to 15 percent of the population are considered asthmatics and suffer recurrent attacks of breathlessness. The severity of an asthma attack can vary greatly, from slight breathlessness to respiratory failure. Common symptoms include wheezing, a dry cough and tightness in the chest.

Attacks may be brought on by an allergic response, a respiratory infection, tobacco smoke, air pollutants, anxiety or stress. Exercise induced asthma (EIA) is usually brought on by vigorous aerobic activity.

Despite the fact that asthma may be brought on by aerobic activity, exercise may still be a desirable option for many asthmatics. Research indicates that as tolerance for physical exertion is built up over time, it is less likely that an asthmatic will experience an attack during exercise. And, in addition to reducing the risk of developing many other diseases, appropriate exercise can help asthmatics reduce stress, sleep better and feel more energized.

It might surprise you to know that even world-class athletes, such as Olympic gold medalist Jackie-Joyner Kersee, continue to compete after being diagnosed with asthma.

Have a thorough medical evaluation and obtain your doctor’s permission before beginning any type of exercise program. This is an absolutely essential first step. Your physician may prescribe medications that might further aid in controlling your condition. You will need specific instructions on when to take the medication before exercising and how long the effects will last.

Once you have received clearance from your doctor to begin an exercise program, consider the following guidelines:

Muscle and Function: The Triceps8 Herbs and Spices That Have Health Benefits