Vertex Fitness | Hit a Strength Plateau and Not Sure How to Get Past It?
InstagramLinkedinYouTubeGoogle+TwitterFacebook

Hit a Strength Plateau and Not Sure How to Get Past It? 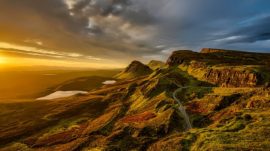 Hit a Strength Plateau and Not Sure How to Get Past It?

We’ve all had the experience of hitting a strength plateau. Every one of us have been there: you’re keeping up with the weekly workouts, not cheating on the diet, but for some reason you cannot seem to increase your strength or endurance. If what you are doing and have been doing isn’t working, its time to open up your world to an advanced training technique that will allow you to put this plateau in your rear view mirror, and its known as “Pre-Exhaustion”.

The Effects of Pre-Exhaustion on your Strength Plateau

Have you ever been in the middle a chest press set and all of a sudden you can barely lift the bar and finish a rep, but your chest is barely fatigued? How is this so? A compound exercise such as the chest press requires the use of more than one group of muscles. However, not all muscles are created equally. Some are larger (primary), making them potentially stronger, while others are smaller (secondary) and often times these muscles “exhaust” before the primary muscles. This in turn prevents you from progressing your muscle strength and endurance to those muscles, which leads to the strength plateau we all hate.

Pre-exhaustion training offers you a solution. The first exercise of the circuited pair will be an isolation exercise, one that doesn’t require assistance from the smaller, weaker muscle that’s been inhibiting your progress. Let’s stay with the chest press as our example for this instance, so we would want to find an exercise that isolates our pectorals, without calling upon our triceps at all. A great exercise for this, which is a machine we have here at Vertex, is the Nautilus 100 Chest Machine. The second exercise, which could be any kind of chest press (decline, incline, regular), consists of a compound movement calling upon both the major and minor muscles into work. The primary muscle will be temporarily fatigued after the first exercise; as you move on to the second exercise the primary muscles will be assisted by the secondary muscles, in turn allowing you to continue to stress your primary muscles and ultimately increasing overall strength.

Pre-exhaustion advanced training techniques can be used for just about any body part. The key to effectively employing this technique is to once again ensure that the first exercise is strictly an isolation exercise for your primary muscles. If you fatigue your secondary muscles in that isolation exercise, then you are in a good amount of trouble for exercise two of the circuit, which defeats the purpose of the training technique.

If any of you are currently walking along the strength plateau and are looking for a change in scenery, look no further than pre-exhaustion and get ready to kick start your results again!

Diabetes and Strength TrainingBalance is the Key to Good Health