Knowing Which Muscle Groups to Work First to Maximize Your Results 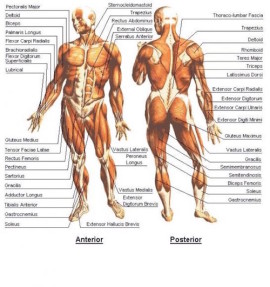 Which muscle groups to work first?

It’s important to know which muscles to work first when resistance training. You should always start off with your larger muscle groups first. The larger muscle groups would include your legs, back, chest and shoulders. Along with knowing which muscle groups to work first it’s also important to know which muscle groups are coupled together. You always want to work both sides of a joint (i.e. chest/back, hamstring/quadriceps). It’s important to work both sides of the joint as to not cause muscle imbalances throughout the body. For example: If your exercise your back more frequently than you do your chest you will tend to try to recruit your back muscles to help force the weight up when you do a chest press. Muscle imbalances often result in the promotion of poor exercise form, which can result in injury.

You should choose whether you want to work your upper or lower body first. I tend to recommend the lower body as you can usually lift greater amounts with your legs than your upper body, which expends a lot of energy. Again you want to work both sides of the joint so if you do the quadriceps first follow it up with the hamstrings right after. You can also do a compound movement like a leg press to further work both of the areas. For optimal results it’s always good to do a pre-exhaust exercise on the portion of the compound movement you want to work. For example: if you were to do a row to work the laterals and back muscles before doing a pull down you will get a better back work out on the pull down. The pull down exercise is a compound movement. Not only are you working your back but you are working your forearms and biceps as well. If you were to do a pull down when fresh you will find that usually your biceps and forearms will tire before your lateral muscles do. Some of that has to do with proper form as a good amount of people who are untrained tend to do this exercise incorrectly. But, the main reason why your biceps and forearms tire out first is because they’re small muscles group, which are prone to exhaust faster than the larger muscle groups.

Why You Cannot Do Personal Training in a Vacuum Part 1: The Trainer’s PerspectiveWhy do I exercise? – A Clients Perspective