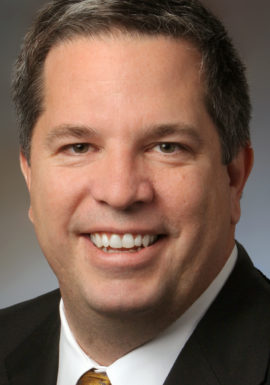 When it comes to a healthy lifestyle, Doug Hock believes “fitness is the key to longevity.” As the chief operating officer of the Children’s Hospital of Philadelphia, he has a very busy schedule. However, he still prioritizes fitness in order to improve his quality of life. Exercise serves as a way to help him in his everyday activities. He has been a client at Vertex Fitness for two years now and finds each thirty minute session extremely effective.

Doug has always lived a healthy lifestyle. In high school, he played football, wrestled, and threw the shot put and discuss. He has been strength training for over twenty years now in addition to doing cardio. However, before coming to Vertex, his training heavily emphasized free weights. When he moved to Philadelphia from Dallas, finding a new fitness studio was a high priority. Vertex Fitness is close to his Bryn Mawr home, so the location was ideal. Doug has always believed in the power of personal training, and after meeting with Dwayne, he decided to become a client.

Doug admits that he was skeptical of using machines, but now that he has used them for two years, he understands their effectiveness. Vertex has helped him regain his level of fitness that he lost after the move from Dallas and allows him to maintain a healthy lifestyle. The fact that he can exercise his whole body in just thirty minutes is key. In addition to his busy work schedule, Doug makes time for his wife and three daughters.  Because the sessions are quick, he has more time to spend with his family. However, he still gains huge rewards from those thirty minutes. Doug finds he can perform tasks, such as moving furniture, more easily since becoming a client at Vertex.

One of the things Doug loves most about Vertex is the attention to detail. He says “the diligence in monitoring my form assures me of the low risk of injury.” The fact that he can go into each session with full confidence that he is performing each exercise in the safest, most efficient way possible is huge. The last thing he wants is an injury from exercising. Vertex Fitness has greatly helped him in his pursuit of a healthy lifestyle.