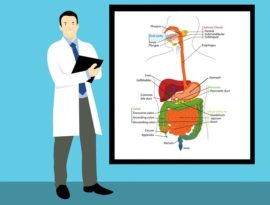 According to the American Cancer Society, “Colorectal cancer is a cancer that starts in the colon or the rectum. These cancers can also be named colon cancer or rectal cancer, depending on where they start. Colon cancer and rectal cancer are often grouped together because they have many features in common.” Colorectal cancer often begins with a growth known as a polyp on the inner lining of the colon or rectum. Not all polyps become cancerous, but some types of polyps have an increased chance of changing into cancer. Hyperplastic polyps and inflammatory polyps are common, but in general are not pre-cancerous. Adenomas are a type of polyp that can sometimes change into cancer, which is why they are known as a “precaution-cancerous condition”. Your chances of eventually developing colorectal cancer increases if the polyp is larger than one centimeter, if more than two polyps are found, and if dysplasia is seen in the polyp after it is removed. Dysplasia is another pre-cancerous condition in which an area in the lining of the colon or rectum have cells that look abnormal. If cancer forms in a polyp, it can eventually begin to grow into the wall of the colon or rectum.

According to the American Cancer Society, “The wall of the colon and rectum is made up of several layers. Colorectal cancer starts in the innermost layer (the mucosa) and can grow outward through some or all of the other layers. When cancer cells are in the wall, they can then grow into blood vessels or lymph vessels (tiny channels that carry away waste and fluid). From there, they can travel to nearby lymph nodes or to distant parts of the body. The stage (extent of spread) of a colorectal cancer depends on how deeply it grows into the wall and if it has spread outside the colon or rectum.”

What are the Risk Factors for Colorectal Cancer?

According to the CDC, your risk of getting colorectal cancer increases as you get older. In fact, more than 90% of cases occur in people who are 50 years old or older. There are other genetic and environmental risk factors as well:

In order to decrease your risk of developing colorectal cancer, start your workout regimen with a qualified trainer at Vertex Fitness personal training studio.

Personal Commitment and Routine is the Key to Success – Client Spotlight, Mike GarrisonI Will Be Attending the Resistance Exercise Conference in Minneapolis