Night Owls at Risk for Weight Gain and Bad Diet 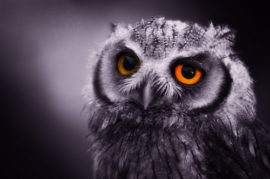 Night Owls at Risk for Weight Gain and Bad Diet

CHICAGO — Staying up late every night and sleeping in is a habit that could put you at risk for gaining weight. People who go to bed late and sleep late eat more calories in the evening, more fast food, fewer fruits and vegetables and weigh more than people who go to sleep earlier and wake up earlier, according to a new Northwestern Medicine study.

How Dieters Get Fooled Into Eating MoreAre dietary supplements working against you?