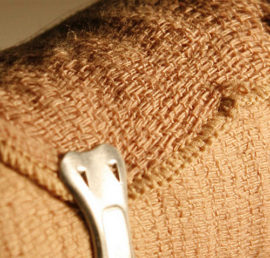 At some point in time it happens to all of us. We get hurt. We could sprain an ankle, strain a hamstring, or tweak our back. It usually happens when we are doing something as innocuous as making the bed or cleaning up in the yard. About thirty years ago, Dr. Gabe Mirkin coined the acronym R.I.C.E. to teach people how to deal with injuries. R.I.C.E. stands for REST, ICE, COMPRESSION, and ELEVATION. It has become standard practice to stop all activity, wrap an ACE bandage and slap a bag of ice on any body part that gets hurt.

That was then, this is now. Instead of R.I.C.E., think M.C.E., which stands for MODIFIED ACTIVITY, COMPRESSION, and ELEVATION. Modified activity means you don’t shut down completely or skip a workout; you just change what you are doing so you don’t aggravate it further. As it turns out, rest isn’t so good for injuries. In strength training, when we apply an overload to a muscle, it responds by getting stronger. The same logic applies with an injury. When a tendon is strained, the body will repair itself, but if you don’t use the injured body part, the body won’t sense a problem and start fixing it.

The other change is the elimination of I (Ice). When we get hurt, the area gets red and swells up. Think of it like this: when a house is on fire, the local Fire company shows up and turns on the hoses. Putting ice on an injury is like putting up a barricade to prevent the fire truck from getting to the fire! Swelling is the build up of fluid around an injured body part. Some swelling is good and even desirable, but too much is bad. That is why the compression and elevation are still part of the abbreviation. But the main point is that ice can actually delay the healing process.

This one is a tough one to wrap your head around. Anytime scientific evidence comes out that refutes conventional wisdom, most people scoff and turn their noses up. But that’s not what we do at Vertex! We embrace the science behind strength training. That’s why we don’t do kettlebells and Olympic lifts. If science can prove that there is a better way to do something or a reason not to do something, then it is our duty as human beings to adapt to the “better” way.

P.S. Earlier this week, I was playing football with my son. He fumbled and we both reached for the ball. His head hit me right in the eye (OUCH!). I laid down on the couch with a bag of frozen corn over my eye! Old habits die hard.

Fitness and Joint ReplacementReady for the Holidays?