Vertex Fitness | Should You Rethink Your Meal Timing for Weight Loss?
InstagramLinkedinYouTubeGoogle+TwitterFacebook

Should You Rethink Your Meal Timing for Weight Loss? 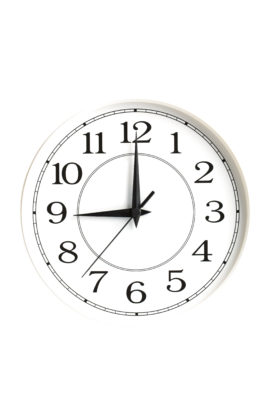 Should You Rethink Your Meal Timing for Weight Loss?

We have all heard the age-old weight loss advice to eat less and exercise more. But a number of recent studies suggest that the key to dieting success is not just in how many calories you eat, or don’t, but meal timing, when you eat them.

There has been so much energy on what we eat and on carbohydrates and it’s only very recently that there have been studies to say that we have been ignoring timing and timing might be as important.

People who finished eating all their meals by early afternoon had smaller fluctuations in hunger and burned slightly more fat than people who ate throughout the day, a small study has found.

More research is needed, but the results show the timing of calories likely does matter.

The more you can eat your food earlier in the day, even if you’re not changing the timing of your meals, the better.

Not everyone can always change their diet. But most everyone has some sort of control over when they eat or… how much food you eat at each meal.

In a study, published in The International Journal of Obesity, researchers at Harvard and elsewhere followed 420 overweight men and women in Spain in a 20-week weight loss program.

The subjects were split into two groups. Each followed a similar diet, got equivalent amounts of sleep, and had similar caloric intakes and expenditures. They also showed no differences in two hormones that play a key role in appetite, leptin and ghrelin.

But there was a critical difference in the timing of their main meal of the day, which in this case, because of the Mediterranean setting, was lunch. In both groups, the meal comprised about 40 percent of their daily calories. But one group consistently ate it before 3 p.m. daily, while the other did so after 3 p.m.

By the end of the study, despite similar caloric intakes, the late eaters had lost significantly less weight. They also showed lower insulin sensitivity, which increases the risk of diabetes.

Meal Timing, What time should I eat?

Trying to figure out the best time to eat can be confusing, and researchers are looking to see if there are answers. Above study showed that late lunch eaters (after 3:00 p.m.) lost less weight than early-eaters. It also found no difference in weight loss for the timing of breakfast and dinner meals. Restricting when you eat to 6 a.m. to 7 p.m. can reduce overall calorie intake by 244, according to another study. This is most likely due to the fact that you eat fewer calories due to less time spent eating. A longer overnight fast can also help with increasing fat loss as your body has time to reach a state of ketosis, which indicates that the body is using fat for energy.

The connection between the body’s natural biorhythms and weight gain is more than just what you eat. Restricting what you eat to a certain time every day sets your body on a schedule. Research shows that trying to delay this window can take multiple days before your body adapts. This may explain why splitting up three meals into six can be an adjustment for someone going on a diet.

We often think of diet as the quality of the food we eat, but it really also includes when you eat. Research suggests that messing with sleep and the body’s internal clock can cause you to eat at the wrong times and gain weight.

One study found that people who ate and slept out of their circadian rhythm had symptoms of metabolic syndrome. Metabolic syndrome is the name for a combination of disorders that increase your risk for heart disease, stroke, and diabetes.

The “night owls” who got less sleep overall had more fast food, more soda, fewer fruits and vegetables, larger portions of food later in the day

Overall, they ate about the same amount of calories per day as people who slept normally, but calories consumed after 8:00 p.m. are more strongly associated with weight gain.

Meal timing also plays a long-term role in body weight. Your body generally gets hungry every three to five hours, but it’s also used to your regular schedule. Try to eat at the same time every day. You can keep healthy, high-satiety snacks like vegetables and cheese around to eat between meals to curb your appetite.

What’s the best way to time your meals?

Calorie restriction is believed to be the most effective method of weight loss, but when you eat may affect how your weight loss journey goes. The recommended route to managing your food intake is to have an eating schedule that suits your lifestyle. You may find a food journal helpful to avoiding mindless eating.