September is Suicide Awareness Month – How Can You Help? 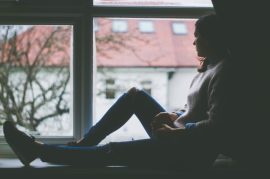 September is Suicide Awareness Month – How Can You Help?

When talking about suicide, it is common for many folks to feel powerless or overwhelmed in the face of such a big social problem. Many folks avoid talking about it altogether, either because they don’t have the facts or they are afraid to upset anyone. For Suicide Awareness month, we at Vertex Fitness would like to discuss some of the common misconceptions about suicide, and point to some resources that can help you be more informed and start the conversations that can end the stigma around mental health topics. Achieving good health isn’t just about the body, but about the mind as well.

What Should You Know About Suicide?

The first step to working to end a problem is to understand it. Here are some facts about suicide provided by the DoSomething.org organization:

What Can You Do to Help Prevent Suicide?

It is often believed that victims of suicide show no signs or warnings beforehand, and that these things happen “out of the blue”. In fact, it is shown that the vast majority of victims do attempt to reach out in some way, but that sometimes a cry for help is not recognized as such, or that those close to the victim do not know how to properly respond or provide help. For this reason, it is a good idea to educate yourself on the warning signs of suicidal thoughts or tendencies, so that they will be recognized if they ever come up with a friend or loved one. WebMD provides a list of potential warning signs for suicidal behaviors that can be used as a starting point.

If you believe that someone you know may be considering suicide, you may feel afraid or torn about what to do. You may be afraid of being wrong, or that your intervention may make the situation worse. In fact, talking about suicide does not make it more likely that someone will commit suicide–it only makes it more likely that someone who needs help may get it. The Mayo Clinic provides a list of actions that you can take if you suspect someone may be considering suicide. The best thing that you can do for someone who may need help is to simply ask them if they are having suicidal thoughts. It may feel awkward or difficult, but someone who needs help might simply be waiting for someone to reach out.

The leading cause of suicide is untreated or undiagnosed depression. Depression is a serious problem that requires medical care. Once you have sought professional medical help, there are things you can do to support someone with depression or address your own depression. The connection between mental health and exercise is well established in the medical literature. We have previously written about how exercise can improve your mental health. Other aspects of physical health also have a connection, including good nutrition and adequate sleep. When dealing with mental health concerns, taking care of your body at the same time is always a good start.

If you or someone you know is struggling,

Moving Day! How to Skip the Muscle Soreness (My Fitness Journey – Vertex Fitness Diary 18)You Can Offer a Cure for Someone with Cancer — Consider Joining the Bone Marrow Donor Registry