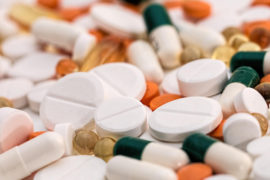 In the world of fitness, there has been a long debate over the use of supplements and performance enhancers. Although there can be some benefit from the use of certain recovery supplements, there are always pros and cons to each argument.

Trying to make your body something that it by nature is not is never going to be a winning battle. Recent research suggests that genetics plays more of a role in muscle development than previously thought. A gene called the myostatin gene has been isolated in humans and is primarily responsible for muscle size and growth potential. Essentially, if a person does not have this gene, the potential for substantial muscle growth is greatly decreased.

So, those Olympic body builders are the size and stature that they are primarily because of the gene and the potential it provides. Structurally, my frame could not support the amount of muscle an Olympic body builder would have without even exercising.

Could I possibly get my body to that point with the aid of supplements? The answer is no because I don’t have that raw potential for mass that is needed as the foundation. If I used every legal supplement available I could gain some mass with the appropriate resistance program but like anything else, is it worth the risk? When does altering a persons genetic makeup become too much?

In fact, the FDA does not even fully regulate the safety and effectiveness of supplements from domestic regions. So, if a product is made outside of the United States it is investigated for safety reasons by the FDA but not necessarily for effectiveness. If a product is made in the United States (domestically), it is researched for safety or effectiveness. This lends the question what is being put into our bodies?et my body to that point with the aid of supplements? The answer is no because I don’t have that raw potential for mass that is needed as the foundation. If I used every legal supplement available I could gain some mass with the appropriate resistance program but like anything else, is it worth the risk? When does altering a persons genetic makeup become too much?

So if the body won’t see any significant changes from legal substances, is there a real point to trying to force your body to be something it is not? And do the gains of less legal products out weigh the problems it could pose with the law and your body? You decide.

One thought on “Supplements and Performance Enhancers: Just the Facts!”