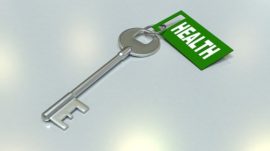 We are honored to be featured in Main Line Today alongside Dan Kubo, personal training manager of Life Time Fitness in Ardmore. In this feature, we took the time to bust some of the biggest fitness myths and share some fitness hacks for our readers.

Fitness Hack 1: What to Eat Before You Exercise

The trainers at Vertex Fitness recommend that you eat complex carbohydrates before your next workouts. According to Dwayne Wimmer, owner and head trainer at Vertex Fitness, “If you eat a bunch of protein, your body has to work to break that down. Blood glucose is your first line of energy, and that comes from complex carbs.”

Oatmeal is a fantastic pre-workout meal. Eat it an hour and 30 minutes to 2 hours before exercising to provide the fuel for a great workout.

Fitness Hack 2: What to Eat After You Exercise

“Eating 25-50 grams of protein 15 minutes to an hour after a workout aids in recovery,” Wimmer says. “A bar, smoothies, whatever. The body doesn’t know the difference.” But how much is 30 grams of protein if you don’t have a food scale and don’t want to look everything up? 30 grams is about equivalent to 4 ounces of ground beef, 1 scoop of protein whey, or 4 ounces of grilled chicken breast.

For an effective sit-up, the abs need to contract to pull the muscles to the hips. Don’t lift the torso. “Roll up and shorten the distance from below the sternum to the pubic bone,” says Wimmer. “Think of it like an accordion between the rib cage and hips.” Now, keep in mind that you can’t target fat by doing exercises in those areas. No matter how many sit ups you do, it won’t reduce belly fat any faster or better than doing a regular strength training resistance exercise routine.

Fitness Hack 4: The Truth About HIIT

High-intensity interval training consists of maxed out cardio done in short bursts lasting several minutes, followed by equally long periods of exercise done at about 50 percent capacity. Intervals should alternate for 20-60 minutes. Intensity is the key. According to Wimmer, “Most people do the same workout over and over at the same intensity—and, eventually, that doesn’t work anymore,” he says. “You need an overload to stimulate change. Walking a mile every day at the same pace on the same course is good, but it won’t change your body. Increase the speed or the intensity. Go further, faster or longer.”

Fitness Hack 5: How Many Times a Week to Exercise

The American College of Sports Medicine recommends 30 minutes of moderate physical activity five times a week. Wimmer says three days a week is sufficient, but the most important factor is how hard you work. “You need to put stimulus on the body and let it recover,” he says. “Someone who’s stronger needs more recovery because they’re putting bigger stimulus on the body. You should be able to progress in slight amounts. If you can’t, you’re probably not recovered enough.”

Do you use these fitness hacks or others?  Please leave a comment.