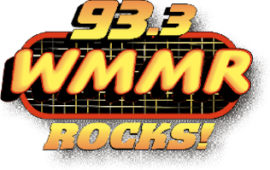 WMMR “Philly’s First Rock Station”.  We would like to welcome and thank WMMR for their continued sponsorship and support of the Vertex Fitness PUMPED Event.  Philadelphia’s 1st Rock station and has been rocking since 1968.

Born in 1968 as The Marconi Experiment with pioneer DJ Dave Herman playing new bands such as KISS, Led Zeppelin, The Jimi Hendrix Experience, Cream and The Doors, WMMR has remained a rock station throughout our 40+ years broadcasting to the Delaware Valley. WMMR now plays the latest releases from Foo Fighters, Green Day, Metallica and Pearl Jam, along with the best bands to emerge from the past 4 decades. Heavily committed to serving our fans and communities in which we live, our programming staff—including Preston & Steve, Pierre Robert, Jaxon and those in promotion and sales—work hard everyday to reflect the tastes and interests of our listeners.

Thank you for helping Vertex Fitness PUMPED be successful from day one. WMMR “Everything that Rocks”