How to Avoid the Effects of Detraining 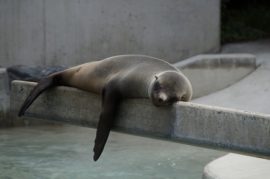 How to Avoid the Effects of Detraining

Life happens, things come up, sickness strikes, or an injury may sideline us. These are just a few of the most common reasons why people fall off of their training regimen. Chances are that at some point or another you’ve found yourself in one of the scenarios listed above, and it’s okay. Taking a few days off will not hinder your performance the next time you exercise. However, if this time off persists for about two or more weeks, research has shown that losses in training adaptations may begin to occur. This is known as a detraining period. In this period of time, the body has begun to lose those precious gains that you’ve worked so hard to achieve.

Muscle tissue has the ability to adapt to our body’s specific demands. In terms of endurance, this means that we must create a stimulus in our muscles great enough to elicit them to change. Properly performed strength training improves aerobic endurance–but if we don’t use it, we lose it. For an individual who has been engaged in a strength-training program, endurance is the first attribute to suffer the affects of detraining.  A 2016 study published by sci-fit.net has concluded “endurance performance decreases by 4% – 25% after 3-4 weeks.” (“The Science Of Detraining: How Long You Can Take A Break From The Gym Before You Lose Muscle Mass, Strength, And Endurance”, Adam Tzur, 2017)

That’s pretty quick! In most cases, the decline of aerobic capacity happens much faster than that of muscular strength. This is why returning from a period of reduced activity can feel more demanding and fatiguing on the cardiovascular system and the muscles.  But there’s hope! Studies have suggested that with just one session of strength training a week, endurance can be maintained for the average adult. This is true even if the period of detraining persists for over a month.

We already know that strength training promotes strength gains and muscle growth. Unlike your endurance, these adaptations stick around a bit longer. A 2012 study reports that strength begins to show noticeable declines around 3 weeks into a detraining period for beginners. (from “Comparison of muscle hypertrophy following 6-month of continuous and periodic strength training”) In this 24-week program, two groups were created. One was trained continuously while the other trained for 6 weeks, entered a period of detraining for three, and repeated the cycle for the remainder of the study. The study concluded that there was little difference in strength between the two groups at the end of the study.

When you perform a well-constructed and professionally advised strength-training program, you build lean muscle mass. In beginners, muscle glycogen stores will grow rapidly. This is a sugar that comes from food that is stored in our muscles for energy for later.

Effects of Detraining over Time

But what happens when they take an extended time off? At first glance, one may see a noticeable change in muscle tone or size. There are numerous studies that state muscle begins to atrophy, or shrink, after about 2 weeks. However, this initial decline in muscle size isn’t usually caused by a loss of muscle mass, but rather from shrunken glycogen stores. Often, apparent losses in muscle size are not what they seem. In most cases, detraining for a short period of time won’t hinder your previous lean muscle mass gains.

If you get back from vacation, and it’s been 3 weeks since your last workout, you can’t help but wonder how long will it take you to get back into the swing of things. Unfortunately, there is no definitive answer. The good news is that you may not be as far off the beaten path as you think. The even better news is that the trainers at Vertex Fitness are available six days a week, Monday through Saturday, to help you reach your fitness goals.

How to Up Your Game with Golf Sports ConditioningBusy Professional Loves Her Efficient Workouts, Client Testimonial – Karen Huller

2 thoughts on “How to Avoid the Effects of Detraining”