Effort Level is More Important Than How Long You Exercise 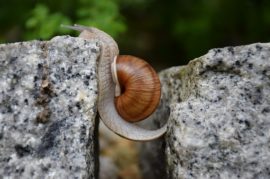 Effort Level is More Important Than How Long You Exercise

What if I told you spending less time exercising can still get you maximum results? Traditional ways of thinking about exercise may be under fire. Recent studies suggest that health benefits from exercise may have nothing to do with the type of exercise a person chooses. In the paper “Questioning the Resistance/Aerobic Training Dichotomy: A commentary on physiological adaptations determined by effort level rather than exercise modality”, James Fisher and James Steele discuss a different way of thinking about exercise in which the benefits are determined by the effort you put in.

The Traditional Way of Thinking

People commonly make the distinction between resistance exercise and aerobic exercise. Resistance exercise is thought of as strength training. It is where resistance is used to cause muscular contraction. It is viewed as anaerobic exercise, which is short, high-intensity activity where oxygen demands exceed oxygen supply. As a result, lactic acid builds up which causes a person to feel sore. However, it also leads to muscle hypertrophy where muscle cells increase in size.

Recent studies reveal that the benefits of exercise may have nothing to do with how you do it. Instead, what you get out of exercise depends on your effort. Fisher and Steele write “that both resistance exercise and aerobic exercise at higher physiological effort levels produce greater aerobic/cardiovascular benefits.” Results suggest that when performed with maximum effort, resistance exercise can result in similar benefits as aerobic exercise. Furthermore, when aerobic exercise is performed with maximum effort, it produces the same hypertrophic adaptations as resistance training. Therefore, you are able to build muscle.

The key is to work until you reach what is known as momentary muscle failure. Any kind of exercise performed at a high effort level, even for a short amount of time, will cause your body to move towards an anaerobic state and, therefore, limit how long you are able to perform that exercise. Your muscles will reach a point where they will be unable to meet the physical demands.

What Does This Mean?

Common excuses for not exercising include a lack of time and limited access to equipment. However, Fisher and Steele are quick to point out that this new research means exercise can be more accessible to everyone. This is due to the fact that exercising with maximum effort, in whatever modality you choose, can only be sustained for so long. Therefore, you no longer need to spend hours exercising in order to achieve the desired results. This allows for flexibility in how you exercise. Performing physical activity at a high effort level for even just thirty minutes, in whatever way you choose, can help you achieve your fitness goals.

Strength training at Vertex involves thirty minutes of intense resistance exercise designed to bring you to momentary muscle failure. These workouts allow you to put in maximum effort in a shorter amount of time, which allows you to attain your desired results.