Vertex Fitness | Overdoing It, I Feel Like an Idiot – (My Fitness Journey – Vertex Fitness Diary 7)
InstagramLinkedinYouTubeGoogle+TwitterFacebook

Overdoing It, I Feel Like an Idiot – (My Fitness Journey – Vertex Fitness Diary 7) 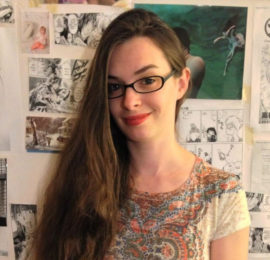 Overdoing It, I Feel Like an Idiot – (My Fitness Journey – Vertex Fitness Diary 7)

I don’t know what got into me the other day. It’s not like someone had cut me off or insulted my mother or denied climate change on the way to the studio. I wasn’t running on rage fumes that day. It’s not like me to be overdoing a workout. But for whatever reason, I attacked my workout, and holy smokes, it attacked back.

I focused on my form harder than ever before, trying to get it perfect. I held the position at the bottom of each set, pausing to really feeeel that burning before setting down the weight. I tried not to subliminally make “I’m dying” squeak sounds, since that’s usually when Mike or Dwayne tells me I can do just two more. I felt like a beast, I was killing it, Mike was complimenting my form and my sets… and then I hit the freaking leg press.

I hate that thing. I hate it. You can’t understand how much I hate it. If I had two bullets and Joffrey Baratheon and that machine in a room together, I would shoot the leg press twice. But today, ho, today I was going to defeat it! I was going to NOT ONLY refrain from making the “I’m giving birth” sounds while doing it, but I was going to bring the weight alllll the way back before doing the press. As opposed to bringing it back halfway and wussing out and hoping Mike doesn’t notice. (He always notices.)

Almost to the end of the set, my legs and butt started screaming at me like normal, but the rest of my body was speaking up too. Everything was shaking, I got dizzy, I got nauseous, and I started making the giving birth sounds anyway. When I finally stopped after burning out so fast, Mike told me “I think you had one more of those in you.” I told him, “I think I had about -3 of those in me.” And I wasn’t kidding. Something just didn’t feel right. I actually laid there on the machine, unable to catch my breath or move for almost two full minutes.

Since it was then time to move on to arms, I figured I would be fine. My sad, sad legs could now take a break and I’d put the punishment on the other half of my body. But guess what I had left in the tank after trying to avenge myself on the leg press? Yup. Nada.

I was shaking like a newborn baby deer throughout every single routine. I had to keep stopping to fend off waves of further dizziness and nausea. By the time I got to the pectoral press, I heaved against the bars–and literally nothing happened. I could not move the weight that I had easily handled the week before. At that point, Mike’s guidance was the only thing keeping me focused and keeping me going, but I was beyond miserable. I just felt tired and sick, and I truly wanted to lay down on the floor of the gym with a burrito and take a nap.

I was subconsciously convinced that the feeling wasn’t going to go away. I was dreading my next workout all week, and I couldn’t put my finger on why until I saw my trainer at the studio. I didn’t want to feel sick like that again. But not ending up like that was the simplest thing in the world–I just had to listen to my body when it was telling me that I had had enough. And afterwards, when I finished my workout feeling pleasantly fatigued and not physically ill, I got to go home and curl up with a burrito on the floor. I am playing on not overdoing it again.

“Overdoing It, I Feel Like an Idiot”, was written for Vertex Fitness Personal Training Studio by Nicole Hallberg