Momentary Muscular Failure, Why Aim To Work to Failure? 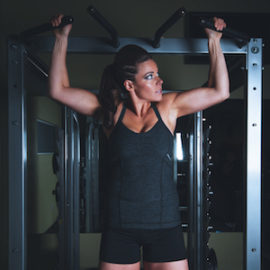 Momentary Muscular Failure, Why Aim To Work to Failure?

If you’ve been working with us at Vertex Fitness for any length of time, by now you are well familiar with the feeling of momentary muscular failure. It’s what we aim for with every set. It’s the step we need to reach before you finally hear, “okay, two more.” There is a method to this madness, and the reason is well documented in the science literature. The simplest reason is that your muscles need to be pushed to failure during your workout to stimulate change, causing your muscles to adapt and become stronger. According to the research, there are also cardiovascular benefits to inducing muscle failure, as well.

We commonly think of resistance training and aerobic training as two totally separate things. One of them is done to make your muscles stronger, and the other is done to get your heart rate up and make your heart stronger, so we have been told. According to the study, “The opinion that resistance training must be supplemented with some form of aerobic or endurance training (such as running or cycling) in order to improve cardiovascular fitness is widely accepted, which presents a dichotomy between the two training modalities. Reviews looking at the effects of resistance training on the cardiovascular variables have concluded that although resistance training can improve such variables, it is not as effective as traditional aerobic training or concurrent training. However, methodological issues result in a certain degree of difficulty in the interpretation. The result is that such conclusive statements are questionable.”

Essentially, it has been commonly accepted in the scientific literature that aerobic exercise was more effective in increasing your cardiovascular health than resistance training, but this may be due to an inappropriate definition of intensity. “The most prevalent methodological issue is that of an inappropriate definition and control of resistance training intensity. We have recently discussed definitions of intensity along with concerns about the use of percentage of one repetition maximum, which refers to load to falsely represent intensity. Intensity is actually representative of effort, not load, and as such only one accurate measure is possible during resistance training; that of 100%, that is, when the participant reaches maximal effort or momentary muscular failure. Consideration of this important factor leads to an entirely different conclusion than previously published.

What the study found is that when studies appropriately control for intensity as defined in this new way, by having participants perform resistance training to muscular failure, the results indicate improvement in cardiovascular health comparable to doing aerobic exercise. This is why we work your muscles to the point of failure during a workout–this is what provides not only an increase in strength, but cardiovascular benefits as well.

Cervical and Lumbar Exercise Equipment Comes to Vertex Fitness to Make Your Spine StrongerWhat are the Optimal Reps in a Set?

2 thoughts on “Momentary Muscular Failure, Why Aim To Work to Failure?”