The Three “F’s” for Fall, Football, Foliage, and Food 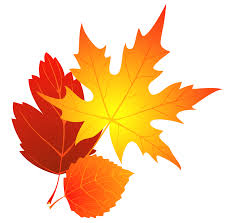 The Three “F’s” for Fall, Football, Foliage, and Food

It’s officially fall. This time of year is one of my most favorite times of the year! Autumn for me means that the three “F’s” dominate my time.

The three F’s are (in no particular order) football, foliage, and food.

Football has been my favorite sport for as long as I remember. When my brother and I were younger, we would go with Dad to the Friday night high school game (followed by a trip to the Pizza parlor afterwards), and then on special Saturdays, we would go to Penn State for their game. I was lucky enough to be able to play football myself all through high school and college. Now, I am relegated to watching although I don’t watch as much as I used to now that the kids are plying sports.

One job that keeps me from watching football is the foliage. While I appreciate the changing colors and the beautiful hillsides, I absolutely despise having to rake the leaves. I remember when we first moved into our house, the first thing my dad said was, “That’s a lot of trees!” I thought nothing of his comment until mid-October of that year. I believe I raked up enough leaves to fill the studio twice over. I can’t wait until the kids are old enough to take over that job!

My final “F” is food. To be honest, that “F” never goes away, no matter the season. I like to eat. I like to cook. I like to bake. Did I mention that I like to eat? The thing about fall foods is that they become much heartier, stick to the ribs kind of meals.

I think I will go home and make a big pot of chili! Yum

Can’t you just write me a meal plan?“Fall” into weight loss