The Wind of Exercise – Valsalva Maneuver 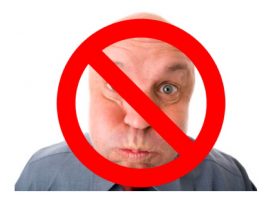 The Wind of Exercise – Valsalva Maneuver

Breathing –  It is one of the most imperative activities of life. It’s such a simple task, isn’t it? Inhale, exhale, inhale, and exhale. Increasing the volume of the lungs and consequently lowering pressure to bring in air, then the opposite to remove it. Not so difficult. But, what about during exercise? When you’re working with effort not seen in everyday life, when you’re focusing on contracting every muscle fiber to achieve the maximum speed in a sprint or in a weight-resistance exercise, that simple task of breathing becomes increasing difficult and possibly detrimental to your health if done incorrectly. I have come across this difficulty with proper breathing with many clients and though the Valsalva Maneuver would be a great topic to cover.

When it comes to the physical attempt to breathe properly during an increasingly difficult exercise, most cannot seem to remember the simple task of inhale, exhale. Many stumble and encounter the “Valsalva Maneuver”. This is the process of forcing an exhale against a closed mouth and/or nose1. The Valsalva Maneuver leads to a number of detrimental effects while being performed. One of the most noteworthy is the increase of blood pressure. A rapid or intense increase in blood pressure can lead to many unhealthy outcomes including aneurisms. During one study on the practice of the Valsalva Maneuver during exercise, the mean blood pressure (average of blood pressure during and beat and in-between a beat) of the individuals more than tripled during a set of leg press with two legs).

Leaving it at “don’t hold your breath” would leave many asking what the correct form of breathing would be. Your muscles require the intake of oxygen to assist with energy production and the release of carbon dioxide to keep the blood at an optimal level to allow the transport of the most oxygen possible. Accordingly, one must breath the most they can during an exercise to exert the most output. This can be done through mouth breathing much better than nose breathing. Ideally, a slack-jawed, open mouth approach to mouth breathing is best. This takes less energy and mental focus to achieve compared to nose breathing with your mouth shut. Why is this important? The more mental focus and energy you can use towards the working muscles, the better those muscles will perform and the more efficient your workout will be. Taking this principle a step further, it would be even more beneficial to stray from making any facial expressions or vocal noises during the exercise. The tempo of breathing will change during the exercise. Through the majority of the exercise, a slightly accelerated pace of breathing should be practiced- making sure that you inhale as much as you exhale. When you encounter a steep increase in difficulty during the exercise, you should accelerate breathing more when attempting to overcome it, but then return to the normal accelerated pace whether you can continue with the motion or not.